Do Not Forge the Judge's Signature 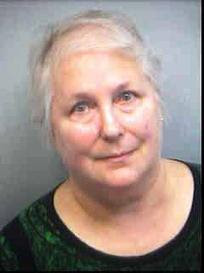 Georgia lawyer, Lynn Swank, is in very serious trouble for forging adoption documents in cases including the signature of a Judge in some of the cases she was handling.  The following report is from reporter Christian Boone at the Atlanta Journal Constitution:

"Georgia Bureau of Investigation agents on Tuesday arrested a Stockbridge attorney alleged to have forged a Fulton County judge's signature on several court orders.  Lynn Swank was arrested at her office and charged with four counts of forgery, two counts of perjury and one count of theft by deception. Swank also stands accused of lying under oath after telling the judge her former husband forged the signatures.

Fulton Superior Court Judge Gail Tusan requested the GBI investigation in January after discovering her faked signature on four orders terminating parental claims. The orders, required before a child can be placed for adoption, were presented by Swank on behalf of Catholic Charities of the Archdiocese of Atlanta, said GBI spokesman John Bankhead.

Agents allege that Swank was paid in March 2009 for legal services she failed to render. Catholic Charities first expressed concern that Swank had misled them in August 2009 and fired her a month later, Bankhead said. At that point Swank filed the four forged orders with the Fulton Superior Court Clerk's office.

Catholic Charities discovered an incorrect name on one of the orders and requested that Tusan issue a revised order. The judge's staff attorney noticed the forged signature, Bankhead said. 'We were very surprised,' archdiocese spokeswoman Pat Chivers told the AJC. 'We had worked with her before and had no problems.'

Swank was asked, under oath, if she had forged the orders but the attorney blamed her ex-husband, who she said had delivered the orders to the court. But the ensuing investigation found that the former husband was out of town at the time.

Chivers said the adoptions in question were not impacted by the forgeries. Swank was not surprised by her arrest, Bankhead said. She was taken to Fulton County Jail where she's expected to spend at least one night.

She has faced charges of ethical misconduct before. In 1999 Swank received a public reprimand for advising both husband and wife in a pending divorce suit without notifying either party that she was consulting the other, according to documents uncovered by Atlanta Unfiltered. She continued representing the wife without informing her that she had begun a personal relationship with the woman's ex-husband."
_________________________
Is there anything more problematic than lying to the court?  How about forging the Court's official signature?  Yep.  The reason is, at least with the lie, you can rationalize a la, Bill Clinton.  With the forgery of the Judge's signature you have put yourself in the shoes of the court and committed a pretty unpardonable sin.  In Attoeny Swank's case, she compounds the error by lying.  Oh and with "priors" she's hit the Bad Lawyer ethical trifecta.
Posted by Anonymous at 3:34 PM