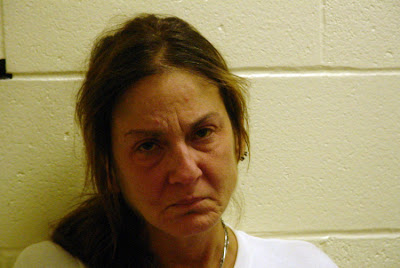 The Hartford Courant reports on the Clinton, CT woman arrested while driving under the influence who was five times the legal limit.  This is Rocco Paolina's report for the Courant:

"A woman was arrested Saturday with one of the highest blood-alcohol levels local police have ever seen, they said.  Kim Marshall, 44, of 144 East Main St., Clinton, was pulled over after she was seen driving erratically and behaving strangely, police said.

A breath test indicated that her blood-alcohol level was 0.406 percent, said Sgt. John Carbone — more than five times the legal level for driving.  Marshall was brought to Middlesex Hospital for evaluation."
_______________________
This is intoxication at levels close to alcohol poisoning.  We saw a case on Bad Lawyer back in the late winter where a Cincinnati Grandmother with kids in the car had a slightly higher number, but its a rare number among those still conscious.
Posted by Anonymous at 11:46 AM